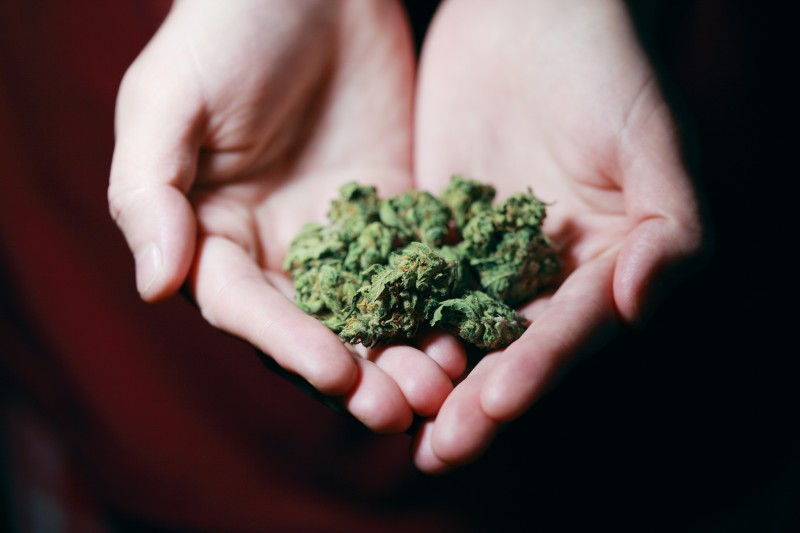 CBD vs THC | What is the difference between CBD and THC?

Cannabinoids are chemical compounds that naturally occur in cannabis plants and interact with the cannabinoid receptors in the endocannabinoid system. The most extensively studied cannabinoids are cannabidiol (CBD) and tetrahydrocannabinol (THC). Cannabis plants encompass both marijuana and hemp, which are categorized due to the different levels of THC in these plants. Marijuana contains high levels of THC, while hemp contains less than 0.3% THC.

THC, which is short for tetrahydrocannabinol, is known for being the psychoactive cannabinoid in cannabis plants. Even though THC is naturally occurring in both hemp and marijuana plants, THC is most commonly known for its effects and prominence in marijuana. THC is the cannabinoid that has intoxicating properties and creates a euphoric or high feeling in users. Marijuana is commonly used for medicinal purposes due to its ability to interact with the cannabis receptors in the ECS. When these receptors are activated by THC, they send chemical signals that affect the brain’s functions and nervous system. Marijuana is also commonly used for recreational use due to the psychoactive effects the THC causes.  Hemp, which is used to make CBD products, only contains extremely small trace amounts of THC. In order to be legally considered hemp rather than marijuana, the plants must contain less than 0.3% THC. This is not nearly enough THC to have any sort of effect on the user.

What are the Molecular Differences Between CBD and THC?

The molecular composition of both THC and CBD are the same, which includes 30 hydrogen atoms, 21 carbon atoms, and 2 oxygen atoms. The difference between the two is the arrangement of these atoms. It’s all in the way the atoms are connected that creates such dramatically different effects on the endocannabinoid system.

THC and CBD are cyclic compounds, meaning one or more series of atoms in the composition connect to form a ring. The molecules in CBD are arranged in an open ring while THC is arranged in a closed ring. This simple open versus closed ring arrangement changes the way these cannabinoids interact with the cannabinoid receptors.

What are the Differences in the Effects of CBD vs THC?

The Effects of THC

When THC enters the ECS, it binds directly to both the CB1 and CB2 receptors. THC tends to bind more often with CB1 receptors, which are mostly located in the brain and central nervous system. When these receptors are activated by THC, it can cause a feeling of intoxication due to euphoric and psychoactive effects the THC has on the brain. In addition to a “high” feeling in the user, there have been other health benefits linked to using THC. The health benefits THC has to offer has caused some states to legalize medical marijuana. Some states have even decided to legalize recreational marijuana, despite THC being illegal at the federal level.

The Effects of CBD

Unlike THC, CBD doesn’t bind with the CB1 and CB2 receptors. Instead, CBD acts as a shield for the receptors to keep THC and other cannabinoids from binding to them, which has an effect on the body. CBD binds with other non-cannabinoid receptors and cannabinoid receptors that have yet to be studied and named. CBD can also stimulate the ECS by extending the lifespan of the body’s natural cannabinoids, called endocannabinoids. CBD has been shown to mimic the effects of endocannabinoids to help regulate the ECS. Since the ECS regulates many of the body’s functions, like sleep, mood, discomfort, and nerve function, CBD can act as a stimulus and can support the ECS in regulating the body.

What are the Legal Differences Between CBD and THC?

Even though CBD and THC are both naturally found in hemp and marijuana, the legal landscape of these cannabinoids in the United States varies from one another. The federal definition of hemp is any cannabis plant containing no more than 0.3 percent THC, while marijuana is any cannabis plant containing more than 0.3 percent THC.

The Legal Status of THC and Marijuana

The Legal Status of CBD and Hemp

CBD is legal in all 50 states, but it must be derived from hemp containing low THC and high CBD levels. Since some states continue to prohibit any amount of THC, THC-free CBD can be sold in those states. CBD was legalized on the federal level in the 2018 Farm Bill, which removed hemp from the Controlled Substances list and decriminalized CBD products. CBD manufacturers must abide by the Food and Drug Administration regulations in order to produce and sell legal CBD products. If the CBD is derived from marijuana or contains more than 0.3 percent THC, it’s only legal in states that have legalized medicinal or recreational marijuana use.

Since there are no strict, universal regulations around the manufacturing and distribution of CBD products, not all CBD oils are made the same and may contain more THC than the legal limit. To avoid purchasing untested and dangerous CBD products, make sure to purchase from reliable CBD brands that test their products before distributing them.

CBD American Shaman tests all of our CBD products to make sure they meet our strict purity and potency standards. We also publish all of our CBD lab reports so that our customers can view the lab results for the exact batch of products that they purchased.

There are many differences between CBD and THC, including their effects on the body, legality, and molecular structure. One of the main differences is that THC is known to cause an intoxicating effect while CBD doesn’t at all. Both THC and CBD are extracted from cannabis plants, but THC is typically derived from marijuana and CBD is extracted from hemp. Knowing these differences will help you make well-informed decisions when purchasing CBD products and when talking to others about CBD and THC.

The History of Cannabis and Hemp

Hemp Oil vs. CBD Oil: The Same or Different?