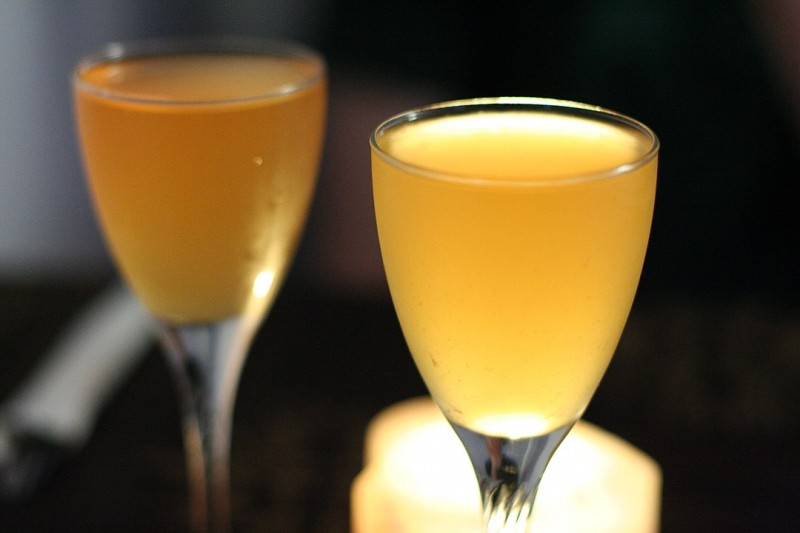 The Ever Expanding Scene Of Chicago's CBD Cuisine

Cannabidiol, otherwise known as CBD, has increasingly carved out a space in the wellness routine of today’s American society. The present market for CBD, which according to reports from the Canadian investment group Cannacord Gennuity could see earnings of up to $600 million by 2023, is expanding to include a wide variety of items and services. Among one of the more popular arms of expansion is into cuisine, which has begun to lean toward CBD as opposed to only THC rich cannabis products alone.

Breweries, restaurants and cafés have taken notice of consumers being more drawn to CBD across the country, even while some places seem to have pumped the brakes on progress. One city where things seem to be full steam ahead for now is Chicago, which finds itself in the middle of a whirlwind of opportunity thanks to the decriminalization of marijuana on a statewide level.

The seeds for this current movement began when the Illinois General Assembly voted in favor to pass HB 1438, which effectively legalized marijuana for recreational use and sale in the state on May 31st, 2019. Governor J.B. Pritzker signed the bill into law on June 25th, 2019, making Illinois the second state in the Midwest (after Michigan) and the 11th overall in the United States to pass such legislation. It was also the first state to do so through legislation instead of a ballot initiative. The state cheerfully dubbed “the Land of Lincoln” brought in the New Year with massive lines of consumers at dispensaries.

While the move to full legalization in Illinois may seem like the entry point for hemp therapies in the state, in actuality CBD treats have been on the market for years.

Restaurant owners in Chicago began to incorporate CBD into their menus dating back to 2018. These moves came about as the city saw a slew of bistros close their doors after a year that was regarded as one of the best for gourmands there. This was prompted by a combination of factors including a glut of new dining establishments, the rising startup costs in the cite and a sharp increases in rent and taxes.

Another factor that led to the CBD edibles boom in Chicago had to do with an apparent gap in innovative restaurant and bar concepts which paved the way for a couple of enterprising teams to give CBD a solid launch. One restaurant group decided to try CBD in a non-alcoholic cocktail at one of their bars, and the demand compelled them to offer similar beverages at the other establishments under their group’s umbrella. For them, it was a way to be inclusive to those looking to explore upscale cuisine  with wellness in mind.

Other chains have seized upon using CBD in their offerings, from a café chain giving customers the option to add 30 mg of CBD oil floaters on their milkshakes and coffees to one burger bistro offering CBD-spiked cocktails in glass bongs.

As the state begins to adapt to legalization, Chicago will undoubtedly incorporate CBD cuisine into not only its foodie scene, but into the dispensary scene as well. For now, CBD cuisine seems poised to move past the trendy phase in the Windy City and into its full potential as a solid segment of wellness and health boosting products. From CBD ciders and ales to custom cannibidiol donuts and delicacies across the city, Chicago continues to offer cuisine that reflects consumer demands.

As with most growth industries, there are some questions posed by this new culinary buzz as well. Most places are starting out by adding 25 to 30 milligrams of CBD oil to edible offerings, which may be a decent dose for first time tasters, but many are unsure of how much CBD should be used. Another questionable practice includes those establishments that don't give customers the option to add CBD to their items or not, thereby losing potential groups where some diners prefer tradtional fare.

Additionally, since water soluble CBD, a specialized American Shaman product, is not common in many of these establishments, some CBD restaurants and bistros are finding out through trial and error how difficult it is to thoroughly mix CBD oil with their beverages – hence the floater option that’s presented to customers.

Another point that’s raised with the Chicaco CBD cuisine boom is that most of these establishments are located in the city’s North Side. In a city that has the dubious distinction of being part of the blueprint for urban segregation reinforced by transportation issues from the South Side, having these businesses predominately in White neighborhoods adds to the rumblings. This geograhical inequity is also tied to the legalization of recreational marijuana in the state that has seen Black and POC residents of Chicago left out of the mix when it comes to trying to get into the dispensary aspect of the cannabis business.

As of now, the city council is keeping tabs on the businesses who serve CBD food products and beverages so that they can avoid issues as seen on the market in New York City that led to a ban on CBD in food and other products there in October 2019. If Chicago can preserve the quality of the CBD offerings in the city, while simultaneously expanding their reach to all areas of the metro, CBD will likely become a permanent fixture in the restaurant and bar scene.

If you'd like to learn more about CBD edibles or are interested in what an American Shaman franchise might look like in your area, check out some of the other resources on our site.