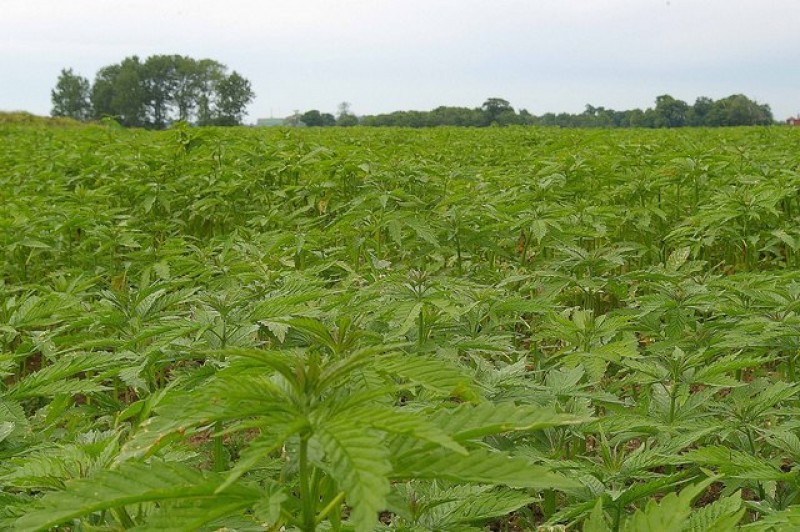 Iowa Hemp Farming On The Horizon

An Iowa Hemp Boom On The Horizon

There are eyes on the state of Iowa across the nation, and it’s not solely for its place in the current presidential election cycle. Iowans are now making their voices heard in the public comment period before hemp farming is set to get underway in the coming months. And expectations for hemp as an agricultural crop are the talk of the fabled diner circuit throughout the state.

The overwhelming passage of the  Farm Bill in December 2018 worth $867 billion allows for a variety of programs that are aimed to benefit those working in the agricultural industry. One of the initiatives that has gotten an increased amount of attention is the one that allowed the United States Department of Agriculture to declassify hemp as a Schedule I controlled substance. This made it legal to produce hemp nationwide so long as it contained no more than 0.3% of tetrahydracannabidiol, or THC, which is the psychoactive element of the cannabis L. sativa plant.

The passage of the Farm Bill was due in part to farmers across the country who are struggling with the economic burden of  tariffs put in place on other nations who were consistent buyers of their crops. In Iowa, this effect was staggering. Up to 80 farms were lost according to reporting in 2018, and 44% of farmers in the state expressed an inability to keep up with the costs of maintaining their farms according to analysis from research fellows at Iowa State University. The situation has led many to even consider leaving farming behind altogether as late as October 2019.

These stark numbers compelled local politicians to turn their eyes towards hemp as a new crop to consider. Industrial hemp has become more attractive primarily for its integral use in manufacturing CBD oils and products, along with the traditional textile uses. The CBD market has gained some steam in the past few years, and there are expectations that by 2023 it could be worth billions in revenue. With the passage of the Farm Bill, other states set out to explore and install pathways for farmers to grow and cultivate hemp in conjunction with federal regulations, taking advantage of the booming CBD industry.

Hemp Is Happening In Iowa

With the potential to supply local products to the CBD industry in mind, the Iowa state legislature voted on and passed Iowa Senate File 599 which is also known as the Iowa Hemp Act. Governor Kim Reynolds signed the bill into law on May 13th, 2019. The major statute of the bill allows for farmers to cultivate hemp on up to forty acres of land. The Iowa Department of Agriculture and Land Stewardship then worked to create a plan to submit to the USDA which is referred to as the Iowa Hemp Act for federal approval, in order to enact a state program for commercial hemp farming to take place. At the moment, there Is also a public commentary period for the state that was open until January 22nd. If approved, the department hopes to get things rolling for the upcoming 2020 growing season.

There is still some trepidation that is being experienced by farmers as this process takes place. Part of this lies in the requirements put forth by the IDALS, which include submitting to a background check along with fingerprints. If an applicant has a felony charge concerning a controlled substance, they are forbidden to apply.

Then there are the costs – the application fee for the license is $1000, and there’s varying costs depending on the acreage size which run from $500 to $1000 plus a five dollar administrative fee. On top of that, the hemp farming licensees are subject to having their harvests inspected to ensure the THC levels don’t go above the required minimum.

Another point of potential anxiety for hemp farmers in Iowa lies in the fact that CBD is still not widely legalized throughout the state except for those who have medical licenses in accordance with House File 524, which was signed into law in 2017. However, in a state where feral hemp or “ditch weed” has been rampant, and even a "noxious weed" for decades, this kind of contradiction only serves as fuel for the push for hemp farming to finally come back into fruition in Iowa.

For more up to date information on how states are reacting to and creating change based on the Farm Bill and our nation's increased interest in hemp products, stay tuned to American Shaman and check out the rest of our blog.