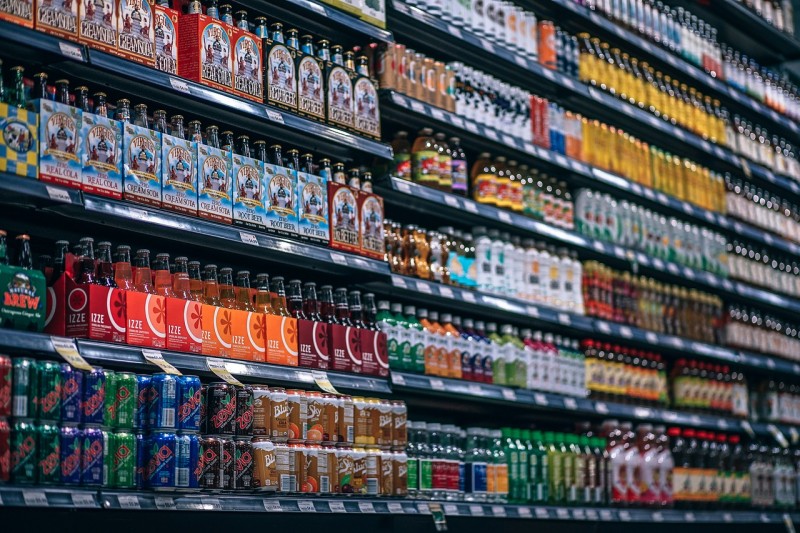 Is Aspartame Okay to Have in Edibles?

What comes to mind when you hear the word “aspartame?”  Do you think of a sugary sweet flavor that excites the taste buds?  Or do you think of a dangerous chemical that should be avoided at all costs?

As you know, aspartame is one of the most demonized flavor additives in the history of commercial food products.  This artificial sweetener has gotten a seriously bad rap over the years, despite the fact that’s found in everything from ice creams to chewing gums.  So, what’s the deal? Is aspartame really that bad, or is it actually safe to consume?

Today, we’ll be talking about the truth behind this popularly used sweetener.  As you’ll see, aspartame in moderation, like all things, is nothing to fret over.  And, at CBD American Shaman, we know how to formulate our edibles with the right ingredients to ensure that they taste as good as they feel.

What is Aspartame and Its History?

Aspartame is an artificially derived sweetener that has been used in food items as a replacement for conventional sugar since 1965.  It’s considered a methyl ester in terms of its chemical composition. Since 1981, aspartame has been approved by the FDA, which means that it is considered safe to consume, which is why it’s still so prevalent today.

In the 1990s, aspartame reached new levels of popularity.  This is largely due to the sugar-free diet craze that was developed for people struggling with their weight as well as blood sugar issues.  Suddenly, almost every commercially popular sweet had a sugar-free alternative that utilized aspartame to maintain its delightful sweetness.

An interesting fact about aspartame is that a teaspoon of it is about 200 times as sweet as a teaspoon of conventional sugar.  For this reason, foods containing aspartame have much lower amounts than they would actual sugar.

Why is Aspartame Sometimes Used in CBD Edibles?

CBD edibles are food items that deliver hemp to the body via ingestion.  The most popular type of CBD edible by far is candies. CBD candies are delicious and easy to take, and they are a great way to get people to feel comfortable about starting a CBD regimen.

The problem is that CBD is most often consumed daily, and not everyone can consume sugar on a daily basis due to certain underlying health issues.  So, a lot of CBD edibles contain aspartame, as it allows people to enjoy daily doses of sweet hemp-infused goodies without the real sugar.

That being said, aspartame can actually be seen in a positive light.  It helps make hemp accessible to those who have to avoid sugar, but still desire a tasty way to consume CBD throughout the day.

Is Aspartame Okay to Consume?

Aspartame is considered the most widely researched food additive of all time.  This means that more funding has gone into studying its effects on the body than those of MSG and other food additives that are artificial in terms of their source.  So, why is that the case?

Well, like we said, the 90s were a big decade for aspartame.  This ingredient boomed over a short period of time, and much of the general public was consuming it in high amounts so that they could satisfy their sweet tooth without consuming real sugar.  Therefore, people were consuming extremely high doses of aspartame daily, thinking that because a product was sugar-free, it was healthy.

The problem is that some people began reporting headaches.  Enough of these complaints led to investigations by medical researchers.  It was determined that aspartame is, in fact, capable of contributing to headache pain, but so are many of the foods that we consume daily.  Again, this largely has to do with the fact that it was being consumed in high doses. What else can cause headaches in high doses? Well, to name a few, wine, cheese, chocolate and shellfish.

But, the damage had been done, and people began turning their backs on aspartame.  Then, the rumors started. Suddenly, stories were being published claiming that aspartame can do everything from cause acne to give a person cancer.  However, if you search for the evidence of these accusations in medical studies, you won’t find them, because they don’t exist.

Both the FDA in the United States and major health organizations throughout Europe deem aspartame safe to consume in normal doses.  When you think about it, most things consumed in excessive levels can cause side effects, so this is no surprise. Furthermore, many clinical studies have been performed over the years to demonstrate that aspartame in moderate doses does not cause serious side effects.

Now, of course, with any food item, everyone responds differently.  While aspartame is probably not directly harmful to a person’s health, there are people who are intolerant to it naturally.  This means that they will experience negative effects when consuming aspartame. There are also people who are intolerant to dairy, gluten and even certain fruits and vegetables.

At CBD American Shaman, we choose not to use aspartame in our edibles.  While we are aware that aspartame is considered safe to consume, we also know that many people are hesitant about consuming it regularly.  And, those who use CBD edibles tend to eat them daily, so we have decided it’s best to leave it out altogether. Our CBD edibles get their sweet tastes from other types of sweeteners and natural flavoring extracts.  So, if you are trying to avoid aspartame completely, you can opt for our wide variety of tasty edibles that are delectably sweet without the use of this ingredient.

As you can see, the fearmongering surrounding aspartame has been largely blown out of proportion for decades.  Sure, some people can be sensitive to it, but some people can be sensitive to non-artificial ingredients as well.  Listen to your body and know that aspartame is not an objectively dangerous additive to consume. And, with that being said, remember that the ingredients used in edibles at CBD American Shaman can be blissful in moderation.