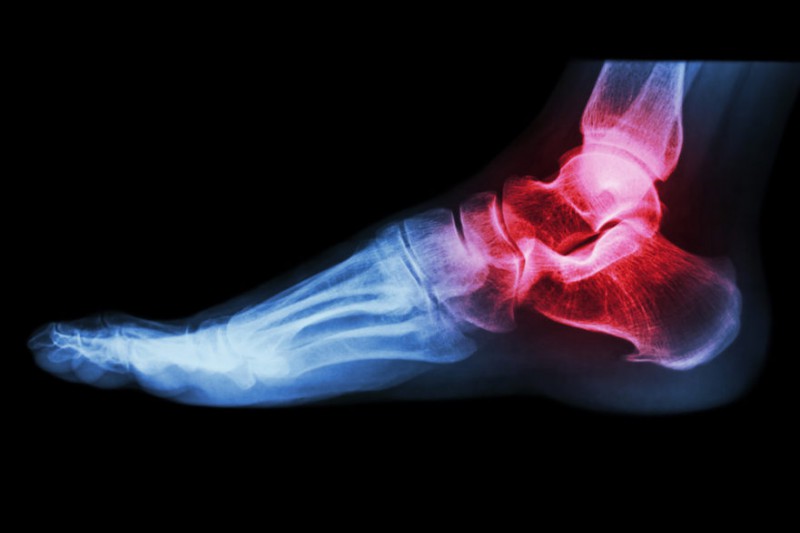 What Is Gout And How Does It Affect The Body? 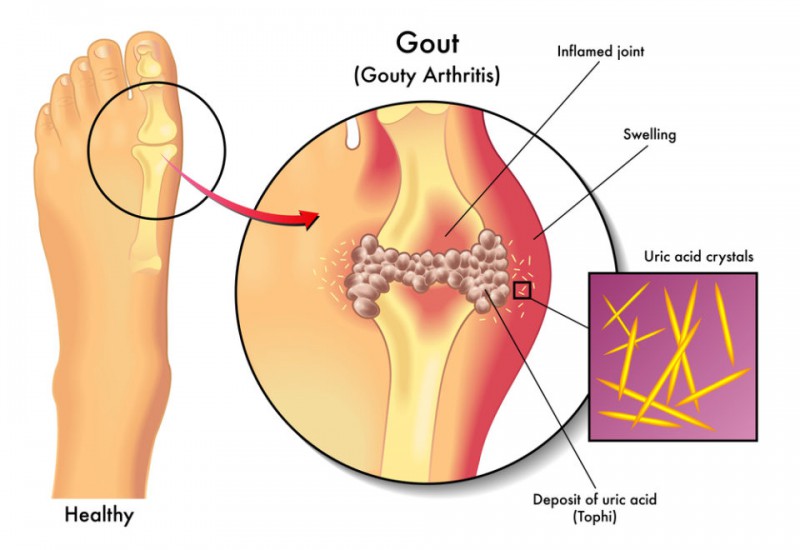 Pain and inflammation occur when too much uric acid crystallizes and deposits in the joints. Symptoms of gout include severe pain, redness, and swelling in joints, often the big toe. Attacks can come suddenly, often at night. During an acute attack, anti-inflammatory medications (NSAIDs) can help to relieve pain and shorten the length of the attack.
Patients with chronic gout can use behavioral modification such as diet, exercise, and decreased intake of alcohol to help minimize the frequency of attacks. Additionally, patients with chronic gout are often put on medications such as heavy non-steroidal anti-inflammatory drugs (NSAIDS) and in more severe cases opiates and painkillers like colchicine.

So, How Does CBD Oil Work?

There are over 80 cannabinoid compounds found in cannabis plants; the majority of them are CBD and THC.

Interest in CBD as a health supplement is growing, with attention focusing on a wide range of properties, from supporting enhanced wellness to managing daily stress and enouraging enhanced cognition. There is also much discussion about the benefits of adding CBD to the regular health regimen of people who are looking for additional ways to maintain a healthy lifestyle, or who are looking to promote a better way of living.

So how is CBD able to work in the human body and help alleviate everyday aches & discomforts?

CBD is a non-psychoactive compound in cannabis and hemp that doesn’t make you high. As you may know, inside the human body there’s the endocannabinoid system, with receptors spread throughout the brain and body. THC activates the CB1 and CB2 receptors, while CBD does not directly stimulate these receptors.

There are many sources that can explain how this process works. The most thorough one I found was on Elixinol.com. If it is too clinical, please comment on the article as to such and I will try to write a more layman termed article on the process.

“Cannabinoid receptors are involved in a series of processes inside the human body, including the regulation of mood, pain sensation, appetite and memory.

These receptors can be activated by endocannabinoids (produced by the human body) as well as by plant cannabinoids (like those found in hemp or cannabis), and they’re grouped in two main categories: CB1 and CB2.

CB1 receptors are found mostly in the central nervous system, and in smaller numbers in the liver, kidneys and lungs, while CB2 receptors are part of the immune system and found in the hematopoietic blood cells as well. CB1 receptors play a role in the production and release of neurotransmitters, cannabis products that exert psychoactive effects stimulating these receptors.

At the same time, CB1 receptors are involved in the lipogenesis process that takes place inside the liver, and seem to play a role in the maintenance of homeostasis (body’s internal equilibrium). Various studies suggest that CB1 also influence pleasure, concentration and appetite, memory and pain tolerance.

CB2 receptors on the other hand affect the immune system, being involved in a variety of functions like immune suppression or apoptosis (programmed cell death). Studies suggest that CB2 modulate the pain sensation and could play a role in various diseases, from liver and kidney problems to neurodegenerative diseases.

CBD does not stimulate these two receptors; instead, it activates other receptors, like the vanilloid, adenosine and serotonin receptors. By activating the TRPV-1 receptor for example, cannabidiol plays a role in the mediation of body temperature, pain perception and inflammation. Then, CBD inhibits the FAAH enzyme, a compound that activates the CB1 receptor. By doing so, CBD minimizes the activation of CB1 by THC, reducing its psychoactive effects.

High concentrations of CBD have been shown to activate the 5-HT1A serotonin receptor[...] The same receptor is involved in a series of processes from pain perception, appetite, nausea and anxiety to sleep and addiction mechanisms.

Finally, CBD blocks CPR55 signaling [...] GPR55 is widely present inside the brain, being linked with the modulation of bone density and blood pressure [...]." (Read More)

How Can CBD Help Reduce Discomfort?

CBD Oil made from Industrial Hemp has no euphoric high and can assist in alleviating discomfort. CBD Oil can be taken in almost any form to help support cartilage and ligament function in hands, feet and limbs. Especially relevant are the liniments and topical ointments, edibles, and water soluble preparations that can be used as a part of a daily routine.
Stay Healthy!
The content on this site is not intended to be a substitute for professional medical advice, diagnosis or treatment. While research has shown that CBD has the potential to help provide beneficial outcomes for several complaints, it is advisable to seek the advice of a physician or other qualified health care provider when you have questions regarding any medical condition and when starting, augmenting or discontinuing any existing health routine.