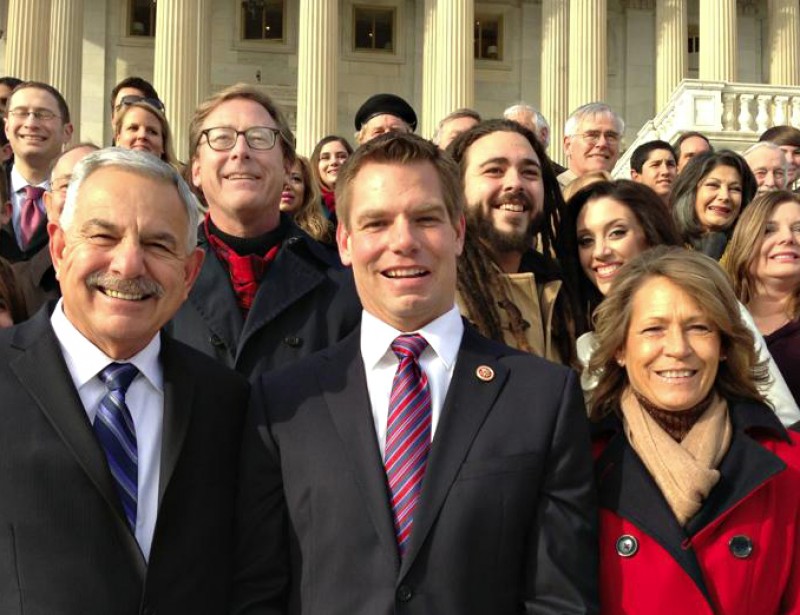 Why Are Some Politicians Against CBD Oil?

A Deeper Look Into The Politics of CBD

Most people don’t need to be told that politicians aren’t always right. Things like slavery and religious oppression all point to the fact that power doesn’t always equal knowledge. And yet, there are still plenty of people who will point to the law to justify their fear of the unknown. Case in point, it’s pretty easy to dismiss CBD oil entirely if all you know about it is that it’s associated with cannabis and that some public officials are raising their eyebrows at it.

But politicians’ fears are entirely unfounded when it comes to their not-very-educated opinions. See why some politicians aren’t all that interested in CBD oil and why you shouldn’t let their worries influence what could be the smartest decision you ever make for your health.

Studies, reports, and conversations with experts: politicians don’t necessarily have the time for any of it. No matter how much their aides boil everything into the Reader’s Digest version to end all Reader’s Digest versions, any time at all is sometimes too much to ask from busy officials. To a certain extent, this is entirely understandable. Politicians are just busy people who have a lot on their plate.

Despite the fact that alcohol has been shown over and over again to be more destructive than cannabis, there isn’t a stigma to having a nightcap on a Friday or a drink or two after work. And yet, there’s still a huge stigma against cannabis in many parts of the US. They may think of this as an entirely different event than vaping or eating a brownie. Egged on by the stereotypes and the bad apples out there, politicians think they have a handle on what cannabis is when they’re really just relying on their own prejudices.

Reason #3: Cannabis is Not a Top Political Priority

It’s easy to say that politicians just don’t want to listen to reason when it comes to CBD oil, but it’s not the whole story. They may believe that CBD oil is perfectly harmless and still not want anything to do with it because they know the headaches it could bring on. Many politicians simply have not taken the time to educate themselves about CBD. When you see a vape pen, do you know what’s in it? Is it traditional cannabis with THC, is it CBD oil, is it tobacco, is it extra-virgin olive oil? Who knows?!

Instead of going through an endless amount of cases where people don’t know what’s what, it’s easy to just issue a blanket ‘no’ for everything! No to any food on a plane, no to any unknown liquid being used on the street, etc., etc. A blanket ‘no’ to CBD oil ensures that officials and law enforcement can concentrate on their jobs without having endless new cases brought to their desk for investigation.

Reason #4: CBD Regulation Is a Headache

This is an extension of Reason #3, but it’s an important distinction. Right now, the CBD oil industry is left to regulate itself (much like supplements.) Most companies are pretty good about reigning themselves in and doing the right thing, but others have gone completely wild. They’re selling grapeseed oil as CBD oil, they’re synthesizing harmful chemicals that can hurt the user, they’re doing whatever they can to make a buck.

As the New York Times reported in August 2019, "rules about marketing CBD and marijuana — which vary from state to state based on what the products contain and how they are used — are often confusing and difficult to enforce."

Much like regulating personal use, it’s easier for many politicians to just say no to it all.

So there you have it. If you’ll notice, there’s nothing in there about the safety or efficacy of CBD oil because that’s not the issue. CBD oil is nonpsychoactive, non-addictive, and if millions of people are to be believed, not a hoax or a placebo. There are legitimate reasons for the fears of politicians in terms of creating new rules, but it’s not enough to halt the progress of one of nature’s most incredible bounties.