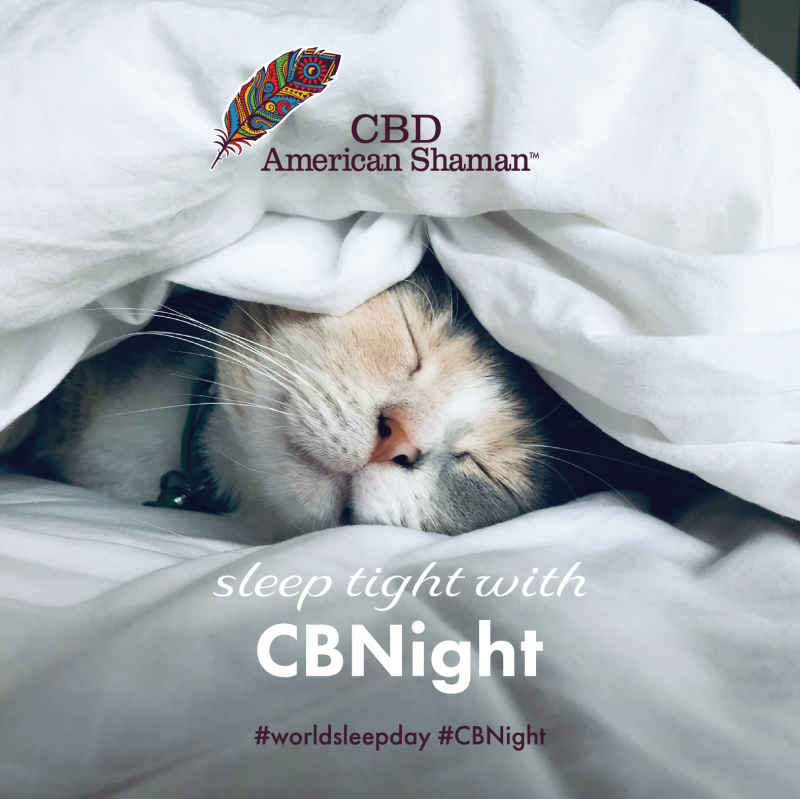 Every in-store purchaser gets an entry!

1 Year of CBNight for 1 winner.

NO PURCHASE NECESSARY TO ENTER OR WIN.

By entering the Contest, you accept and agree to these Official Rules as well as the decisions of SHAMAN BOTANICALS, INC ("Sponsor & Administrator"). You also agree to comply with the policies and terms of service of Facebook, Instagram, and Twitter.

Contest begins on March 13, 2020 and ends on March 27, 2020 ("Contest Period"). Every in-store purchase is an entry, with manual in-store entries requiring no purchase. Winners notified by in-store staff by March 13 2020. In-store staff enter winners into a spreadsheet. On March 27 2020, a winner will be chosen from this spreadsheet and contacted by info@cbdamericanshaman.com within 2 weeks after the Contest Period.

Purchases made at CBD American Shaman store locations count as entries. Multiple purchases will be counted as one entry. Manual in-store entries require no purchase. Multiple manual in-store entries count as one entry. By submitting your entry, you agree for Shaman Botanicals, Inc to use it on social media, www.cbdamericanshaman.com and other channels deemed appropriate by American Shaman.

Grand Prize is 1 year of CBNight valued at $1199.40 from CBD American Shaman unless the customer prefers another product. The specifics of the prize shall be solely determined by the Sponsor. Grand Prize expires within 365 days upon receiving the first month of CBNight. Grand Prize is not transferable or assignable. Grand Prize cannot be redeemed for cash. All unspecified expenses in conjunction with acceptance/use of prize are winner’s sole responsibility. Odds of winning grand prize are approximately 1/400.

Neither Sponsor nor Administrator is responsible for incorrect or inaccurate transcription/capture/recordation of entries or entry information, or for any human or other error, technical malfunctions, lost/delayed data or voice transmission, omission, interruption, deletion, defect, line failures of any telephone network, computer equipment, software, inability to access any online service, Website, Mobile Site, or any other error or malfunction, or any injury or damage to participant’s or any other person’s computer or television related to or resulting from participation in this Contest. CAUTION: ANY ATTEMPT BY AN ENTRANT OR ANY OTHER INDIVIDUAL TO DELIBERATELY DAMAGE ANY WEBSITE, TAMPER WITH THE ENTRY PROCESS, OR OTHERWISE UNDERMINE THE LEGITIMATE OPERATION OF THE SWEEPSTAKES MAY BE A VIOLATION OF CRIMINAL AND CIVIL LAWS AND SHOULD SUCH AN ATTEMPT BE MADE, SPONSOR RESERVES THE RIGHT TO COOPERATE IN THE PROSECUTION OF ANY SUCH INDIVIDUAL(S) AND TO PURSUE ALL REMEDIES TO THE FULLEST EXTENT PERMITTED BY LAW. Sponsor’s or Administrator’s failure to enforce any terms of these Official Rules in a given instance shall not constitute a waiver of that provision. If for any reason the Contest is not capable of being executed as planned, or infection by computer virus, bugs, tampering, unauthorized intervention, fraud, action of Entrants, technical failures or any other causes which in the opinion of Administrator and/or Sponsor, corrupt or affect the administration, security, fairness, integrity, or proper conduct of this Contest, Sponsor reserves the right at its sole discretion to disqualify any suspect entry (and/or the entrant responsible for same) and to cancel, terminate, modify or suspend the Contest (contingent upon Sponsor securing any governmental approval that may be required). In such an event, Administrator will select the winner from among all eligible entries received prior to and/or after the action taken by Sponsor/Administrator or otherwise in a manner determined by Sponsor/Administrator to be fair, appropriate and consistent with these Official Rules.

By participating, except in cases of fraud of Sponsor or Administrator, breach of Sponsor’s or Administrators’ obligations under these Official Rules, or death or personal injury caused by negligence of Sponsor or Administrator, to the fullest extent permitted by law, entrants release and agree to hold harmless Sponsor, Administrator, their respective parent companies, affiliates, subsidiaries and agencies, as well as the directors, officers, agents, shareholders, representatives, employees, successors and assigns of any of the above organizations, as well as Facebook, Twitter, Google or Instagram from any and all liability for any claims, costs, injuries, losses or damages of any kind caused by their participation, including the unauthorized or illegal access to personally identifiable or sensitive information or the acceptance, possession, use, or misuse of the prize. Except where prohibited by law, acceptance of prize constitutes permission for Sponsor and its designees to use winner’s name, statements and other personally identifiable information for Contest, advertising and marketing purposes connected with the Contest in any media throughout the world without additional prize, incentive, consideration, consent or review. This promotion is in no way sponsored, endorsed or administered by, or associated with, Facebook, Twitter, Google, or Instagram.