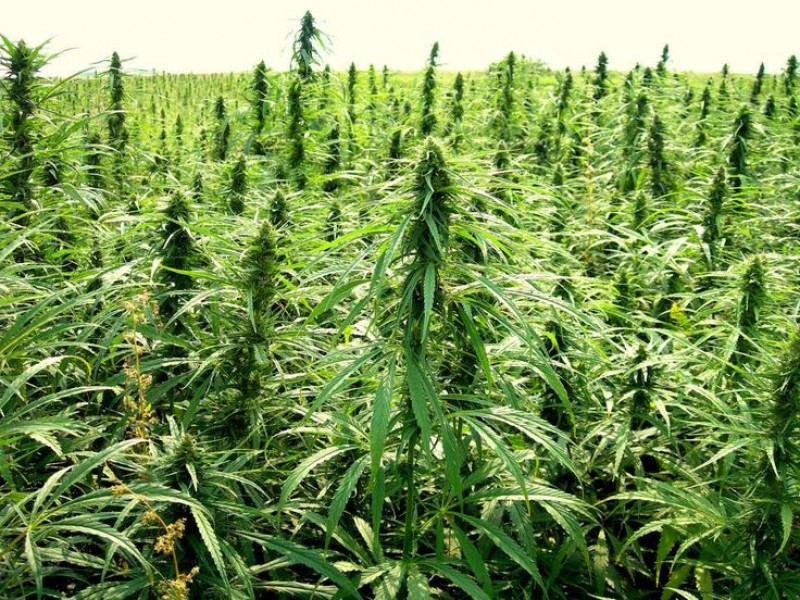 What exactly is hemp?

Hemp is a plant in the Cannabis sativa plant species, which grows in stalks and is harvested for different purposes and uses, such as creating fabric out of its fibers or extracting the hemp oil to take advantage of its cannabinoids.

For over 10,000 years, hemp has been a part of human society as a source of food and fiber. Hemp originated in Asia and is now a crop in many parts of the northern hemisphere. In addition to hemp having various uses, hemp is a sustainable crop that produces a wide range of biodegradable materials. Hemp is considered a weed because of its fast-growing and sustainable properties.

Although hemp has been used for thousands of years, there are still some controversial aspects of this versatile plant. Some strains of the Cannabis sativa species contain the psychoactive component called tetrahydrocannabinol, or THC, but there are other strains of cannabis that contain only trace amounts of THC. Hemp contains very low amounts of tetrahydrocannabinol and high amounts of cannabidiol, which counteracts the effects of THC. Since hemp contains no more than 0.3% THC, it does not have any psychoactive side-effects and will not make consumers high.

Is hemp a drug?

A common misconception is that hemp and marijuana are the same thing. Although both plants are part of the Cannabis sativa species, they each contain unique phytochemical compositions. For example, hemp contains high levels cannabidiol, or CBD, while marijuana contains high levels of tetrahydrocannabinol, or THC. The Farm Bill of 2018 legalized industrial hemp at a federal level, however, this bill also gave states the power to make their own laws and restrictions around hemp. This means that the legality of hemp varies from state to state, where some states make it completely legal to use and consume while others restrict its uses.

Is hemp the same as CBD?

CBD stands for cannabidiol, which is an active ingredient in hemp and other cannabis plants. CBD is most commonly extracted from hemp plants, rather than from marijuana, because hemp contains more CBD than other cannabis plants. However, some hemp plants are not bred for CBD purposes and contain very little amounts of CBD. Hemp and CBD are not the same, but CBD is one of the cannabinoids found naturally in hemp.

How does hemp affect the human body?

When hemp oil is consumed, it works with the human body’s endocannabinoid system (ECS) which regulates certain functions. These body functions include the nervous system, brain function, immune system, energy, metabolism, stress, sleep, and more. When cannabinoids enter the body, they attach to the cannabinoid receptors throughout the body to help regulate and balance these systems.

Another way that hemp is used within the human body is through hemp seed oil, which only contains trace amounts of cannabinoids. It is commonly used in skincare products and can also be used in cooking. Hemp seed oil contains various benefits, including skin-cell repair, anti-inflammatory properties, and anti-aging properties.

What is hemp used for today?

Currently, hemp is used for over 50,000 commercial items like building materials, biofuel, fibers, and more. Most items produced from hemp are biodegradable and eco-friendly. Every part of the hemp plant can be used to make different items. The stalk of the plant is typically used for textiles, insulation, and rope, while the leaves and roots are used for medicine, compost, and animal bedding.

Hemp seeds are edible and contain protein, fiber, and magnesium. Uses for hemp seeds can be categorized into three different materials: seed oil, seed cake, and hemp nut. Hemp seed oil is used in dietary supplements, fuel, body care products, and cooking oils. Hemp seed cake is used as a flour, in beer, and as animal feed. Hemp nut is used in food products dairy-free milk, protein powder, and baked goods. With so many uses, it’s no wonder is it such an integral part of the history of mankind.

What was hemp used for in the past?

Hemp has been a part of human society for thousands of years; experts believe hemp was first used over 10,000 years ago. The first traces of hemp were found in China and date back to 8000 BCE while the first written record of hemp cultivation dates back to 2800 BCE. Hemp originated in Central Asia and made its way to European countries during the Middle Ages.

Hemp was first used to make food, pottery, and herbal medicine. Rope was made from hemp starting in 600 BCE in Russia. Hemp was later used to make twine, yarn, cable, and string. Soon after hemp reached Italy in 200 BCE, hemp was processed into a fabric similar to linen.  In 100 BCE, China began making paper out of hemp. As hemp spread to different countries, it became an agricultural commodity and its uses continued to grow.

Hemp played an important role in the founding of the United States as it helped create sustainable agriculture and a strong economy. The early settlers in the United States used hemp to make canvas material for sails, thread for clothing, and fishing nets. In the 1760s, George Washington considered making hemp more lucrative than tobacco but instead settled on wheat.

Eventually, hemp production slowed down as it was replaced by alternative materials like cotton, plastic, fossil fuels and other materials. However, as society seeks alternative materials for plastics, fuels, and other materials, hemp is regaining momentum in the agricultural realm once again. Hemp continues to play a large role in agriculture throughout the United States, Asia, and Europe.

The History of Hemp

What Is Hemp Oil?