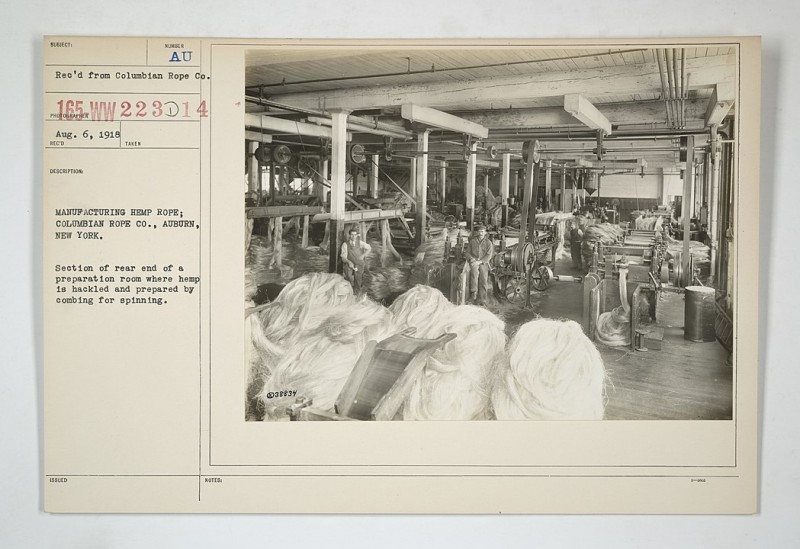 The History of Cannabis and Hemp

Hemp is in the cannabis family, which is one of the most controversial types of plants in the world. It has been seen as mysterious, sacred, or even demonic throughout history. Cannabis has been co-evolving with humans for millennia, meaning we’ve changed it and it’s changed us as well. Hemp has had an interesting journey to get to where it is now, with its various cannabinoids becoming widely legalized in the United States and abroad.

Who first used hemp and cannabis?

The oldest piece of evidence of cannabis being used as a drug was 2700-year-old psychoactive cannabis resin found in a grave in Turpan, China. At the beginning of the known history of hemp and cannabis, warmer climates like China were home to the psychoactive plants known today as marijuana or weed, while the northern colder climates got the non-psychoactive hemp. Hemp wasn’t used to get high, but was instead used to make rope, clothes, paper, food, fuel, construction materials, and boat sails.

There have always been two main distinguishable types of the plant: one valued for the length and strength of its fibers, and one valued for the potency of its psychoactive THC (tetrahydrocannabinol) resin. Hemp, used for its fibers, made its way throughout the world as humans started trading and migrating. Psychoactive cannabis spread from Asia to become an edible intoxicant, called hashish, in the Middle East, a holy drink in India, and a medicine in Africa used to boost courage before battle. Eventually, it was brought to the Americas by transatlantic slave traders.

The History of Hemp and Cannabis in America

Hemp farming was extremely important in early America, and towns across the country were named after it. Hemp was the type of cannabis that most Europeans and early Americans knew, since they lived in colder climates where only the non-psychoactive plants grew.

Although hemp was such a large part of the early American economy, the war on drugs widely eradicated non-psychoactive hemp along with its psychoactive relatives, due to the stigma around the cannabis plant family as a whole. During this “war on drugs,” the large majority of marijuana consumed in the U.S. came from Mexico, and it was mostly leaves, stems, and seeds, rather than flowers. Then, in 1975 the U.S. began paying Mexico to spray their cannabis with herbicide, causing Americans to start growing a lot more of it themselves.

By the late 20th century, cannabis could be grown in every state in the U.S., since most plants were now hybrids of Sativa (warm climate, tall plants), Indica (cold climate, short plants), and Ruderalis (small plants with shorter flowering times). These hybrid plants were small and short enough to be hidden indoors when the Reagan administration started using planes to spot outdoor cannabis plants.

A Major Evolution in Cannabis Growing

In 1753, a Swedish botanist named Carl Linneaus, who created the modern organism classification system, named the plant that grew in Sweden Cannabis sativa. The variety with darker, thicker leaves was named Cannabis indica, and a smaller variety of the plant found in Russia was named Cannabis ruderalis.

Due to this finding, Linneaus decided to isolate the male and female plants to see what would happen if they couldn’t interact. The isolated female cannabis plant flourished with large flowers and oozed THC resin in its attempt to attract pollen. When female plants are pollinated, their THC production slows down to produce seeds. So when female plants are isolated, they never get pollinated, and therefore never produce seeds, meaning their THC production never slows down.

This isolation strategy along with the modern hybridized plants are the reasons why marijuana today is three times more potent than it was in the mid-1990s when the government first tested marijuana potency. These evolutions in cannabis growing have also contributed to the non-psychoactive hemp industry, since cannabis plants reproduce the same way whether they are psychoactive or not. These strategies can help hemp growers produce plants with less THC and more CBD or other desired cannabinoids, such as CBG or CBN.

Industrial cannabis is still used to make clothing, rope, and other similar items, but it is not used in nearly the same amounts as it has been historically. The stigmas surrounding plants in the cannabis family have largely unpopularized the use of industrial hemp.

Hemp and cannabis are becoming more legalized all the time. THC, the cannabinoid that provides the “high” that cannabis is well known for, is illegal at the federal level in the United States, but some states have chosen to legalize it at the state level.

Other cannabinoids such as CBD, CBG, and CBN are legal at the federal level, since they are not intoxicating at all, so growers can legally grow hemp plants that are bred to have high levels of CBD or other non-psychoactive cannabinoids and only trace amounts of THC.

CBD and THC are inversely connected in cannabis plants, meaning that the more THC a plant has, the less CBD it will have and vice versa. That’s why growers can easily breed plants to have high levels of CBD and low levels of THC in order to comply with the current federal laws.

There are countless possibilities for cannabinoids to benefit humans by interacting with the endocannabinoid system in certain ways.

In addition to cannabinoids, there are over 400 compounds that give every plant a unique chemical profile. There are aroma molecules called terpenes, and flavor molecules called flavonoids. All plants have terpenes and flavonoids, for example caryophyllene is found in black pepper, cloves, and cinnamon, and limonene is a major component of citrus fruit peels. Both of these compounds are also found in hemp plants.

The scientific knowledge of hemp and cannabis is much greater now than it was even a few decades ago, allowing growers to breed plants that have specific effects, flavors, and smells. Many of these new strains of cannabis are categorized as “sativas” or “indicas,” but they have nothing to do with the original meaning of those words. They are only used as a way to describe how each strain will make users feel.

The state of cannabis and hemp today is far different than it was during the war on drugs, but there is still a long way to go. As more states legalize THC, we may see it legalized at the federal level which would allow people to reap the health benefits of all cannabinoids legally.