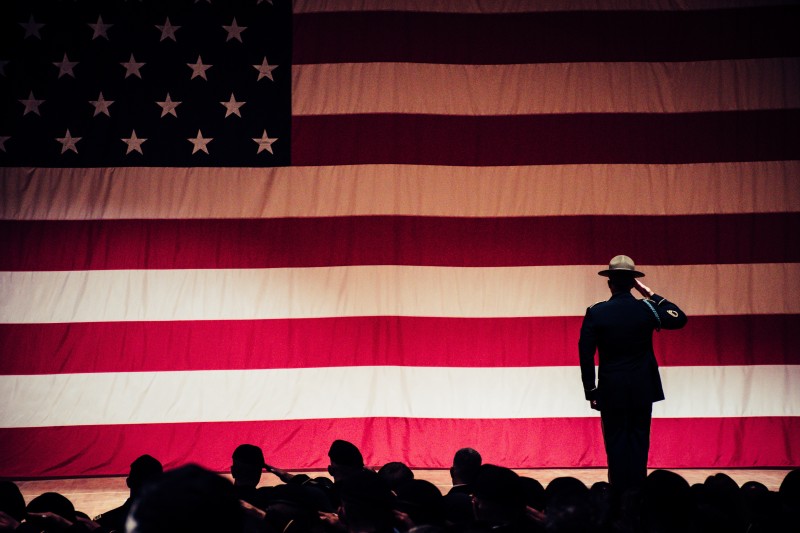 Is CBD Allowed For Use In The Military?

Does the Millitary allow CBD?

It is important to understand one very clear fact about CBD when it comes to the U.S. Military, CBD is derived from hemp which does not contain significant amounts of THC, the intoxicating chemical commonly associated with cannabis. Cannabidiol, commonly abbreviated to CBD, is a non-intoxicating, naturally occurring ingredient found in hemp plants. It’s used for its well-being benefits such as helping to manage mild discomfort, maintain joint function, and much more. The growth and use of hemp were legalized on the federal level in the 2018 Farm Bill. This includes the production and use of CBD products, as long as the hemp oil contains no more than 0.3% THC.

CBD Oil and The Military

Despite CBD being legal on the federal level, the Department of Defense makes it very clear that CBD is not permitted to be used by any U.S. military service members. The United States Armed Forces includes the Army, Navy, Air Force, Marine Corps, Coast Guard, and Space Force.  All cannabis use is prohibited by all military members. This includes products containing marijuana, synthetic cannabis, THC, CBD oil, hemp oil, and any THC substitutes.

Although the Farm Bill removed hemp products from the list of Schedule I drugs, products containing THC are still classified as a Schedule I Narcotic. Under the Uniformed Military Code of Justice (UCMJ); the governing set of laws followed by the Military, Article 112a of the UCMJ 10 U.S.C. §912a(b)(3) makes it a crime for any person in the military to use any Schedule I drug.

Are e-cigarettes and vaping allowed in the military?

In April, the U.S. Navy banned e-cigarettes due to safety, not health concerns. According to NavyTimes, the new policy came in effect after several devices exploded and caused serious injuries, including burns and facial disfigurement, among soldiers aboard ships. The ban officially went into effect on May 14, 2017.

Since September 2019, the military has put a ban on all e-cigarettes and vaping devices. This was due to the lack of regulations on the devices and the drastic increase in vaping-related lung diseases and deaths. Until there is further regulation on these devices by the Drug Administration and the Center for Disease Control, then the military will consider lifting this ban.

The U.S. Army has banned CBD in recent days, as they have had over 60 medical cases of Soldiers falling ill and reportedly 2 deaths, after vaping “CBD” substances. These cases were due to the soldiers vaping oils that were not real CBD products, had not been previously tested and contained harmful chemicals that caused very serious health issues. These forgeries contain synthetic cannabinoids as well as other harmful substances like mercury and other potentially harmful toxins.

Will CBD show up on a millitary drug test?

Reliable CBD companies only manufacture CBD products containing no more than the permitted legal amount of THC, which is 0.3% or less. Since the Food and Drug Administration does not regulate the production of CBD, unregulated CBD products may contain more than the legal limit of THC. It is possible, but unlikely, for a regular CBD user to receive a positive drug test due to the small amounts of THC that may be in their system. The Department of Defense states that this positive drug test may result in immediate administrative discipline or criminal action.

Is THC-free CBD use allowed in the military?

CBD American Shaman produces THC-free CBD products for states that prohibit THC. But even THC-free CBD use is prohibited for military members. Since CBD is not regulated by the FDA, you can’t trust the labels of every brand. It would be inaccurate to assume that all CBD products out there are properly tested to meet purity and potency standards.

When is CBD or THC allowed in the millitary?

There are only a couple of cases when CBD and THC products are allowed to be used by military members. CBD and THC use is only permitted in the military with a prescription for an FDA-approved medication containing CBD or synthetic cannabis. This does not include state-issued medical cards for marijuana, since THC is still illegal at the federal level.

Military members must not use any CBD products since its use is prohibited in the military. This is unless you have a medical prescription for FDA-approved medication.

Will CBD Oil Make You Fail A Drug Test?