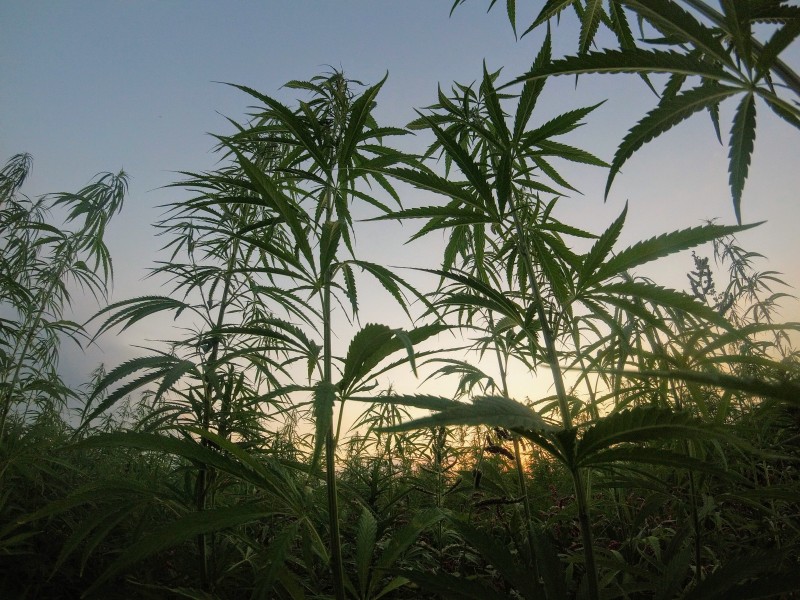 What is Cannabidivarin (CBDV)?

You’ve probably heard of CBD (cannabidiol), the trending health supplement bound to make you happier and healthier, but have you heard of CBDV (cannabidivarin)? You probably haven’t heard of this unique cannabinoid because of the lack of research that has yet to reveal all of the potential benefits it has to offer. CBDV is derived from cannabis plants like CBD, but it’s derived from cannabis plants that are bred under certain circumstances. The differences and similarities between the two may surprise you. Read on to learn more about this interesting cannabinoid and to see if CBDV will be the next popular wellness supplement to flood the market.

CBDV is the acronym for cannabidivarin, a naturally-occurring cannabinoid found in cannabis sativa plants. CBDV was first discovered in 1969 by German researcher L. Vollner. The molecular structure of CBDV is similar to CBD (cannabidiol), but it has a propyl chain instead of a pentyl chain. This slight difference classifies CBDV as a propyl cannabinoid, meaning the cannabinoid contains a three-carbon side chain. The molecular structure of CBDV causes slightly different effects than CBD. Both CBD and CBDV don’t cause any psychoactive effects or make the user high.

How is CBDV Made?

Cannibidivarin isn’t found in all cannabis plants; CBDV is derived from landrace Indica strains of cannabis containing higher levels of CBD than THC (tetrahydrocannabinol). CBDV is most commonly extracted from marijuana plants because these plants contain higher levels of CBDV. Landrace means the cannabis plant was developed in its natural habitat without being crossbred with other plants from the same species. These plants typically originate from Pakistan, India, and Mexico.

Since landrace cannabis plants are isolated from other cannabis plants to avoid crossbreeding, they are becoming a rare plant to come by. The legal and political landscape surrounding landrace marijuana has also made it difficult to produce CBDV oil. CBDV oil derived from hemp is legal in the United States, but it’s difficult to find from reliable sources.

CBDV derived from hemp containing no more than 0.3 percent THC is considered legal on a federal level due to the 2018 Farm Bill. This Bill gave states the power to further regulate hemp products, which some states have by restricting any traces of THC. Although hemp-derived CBDV is difficult to find, it’s legal in all states as long as it abides by the state THC regulations.

How Does CBDV Work?

Currently, CBDV hasn’t been extensively studied due to the legal restrictions surrounding marijuana in the United States. However, the little research into CBDV has revealed some interesting and insightful information that could make an impact down the road.

Researchers have discovered the ways in which cannabinoids interact with the human body through the receptors found in the endocannabinoid system (ECS). Like the natural cannabinoids found in the body, cannabinoids from cannabis plants interact with these receptors to elicit different responses in the body. The ECS is responsible for regulating systems and functions throughout the body to create a state of homeostasis. Homeostasis is when the body’s internal, physical, and chemical conditions are in a state of equilibrium and balance. CBDV can play a role in binding with the receptors in order to stimulate and regulate the ECS.

What are the Benefits of CBDV?

The molecular structure of CBDV allows the cannabinoid to work in the body differently than CBD and other pentyl cannabinoids. The effects of CBDV produce stronger yet shorter effects on the human body due to the fewer carbon molecules compared to other cannabinoids.  Some research has shown some evidence of CBDV having the ability to improve bone health and decrease the feeling of nausea. CBDV has also demonstrated neurochemical properties that could help brain function. However, more research would have to be performed to provide sufficient evidence to understand the exact responses and benefits CBDV has to offer.

What’s the Difference Between CBD and CBDV?

As previously mentioned, the molecular structure between CBD and CBDV are different, which impacts their chemical responses. CBDV can be used to develop THCV (tetrahydrocannabivarin) when it’s exposed to an acidic environment. CBD doesn’t have this same ability to transform into THC.

Both CBD and CBDV interact with the endocannabinoid system, but CBDV binds with the cannabinoid receptors and CBD simply interacts or blocks the receptors. When CBDV binds with the receptors, it allows for faster yet shorter results compared to CBD. The different ways these two interact with the body also elicit different benefits from one another. For example, CBD is known for relieving minor discomfort while CBDV can improve bone health. These cannabinoids focus on different health ailments in the body. Research into CBD is much more extensive than CBDV due to the legality and the availability of CBD in hemp plants grown in the United States. Once CBDV is more thoroughly researched and understood, the differences between CBD and CBDV will also be better comprehended.

How Do You Take CBDV?

Finding cannabis products containing high levels of CBDV isn’t common amongst typical CBD companies, shops, and dispensaries. This is due to the landrace cannabis plant not being commonly used to make cannabis products. However, research into the medicinal properties of CBDV may change the availability of CBDV products in the near future. In the meantime, you can take advantage of the other hemp-derived cannabinoid products to help you reach your wellness goals.

What are the Side Effects of CBDV?

CBDV has yet to become a popular wellness product due to the lack of research and lack of landrace cannabis breeds in the United States. Until CBDV becomes a well-researched and readily available product, there are plenty of other hemp-derived cannabinoids you can use to help improve your health.

What is CBDA (Cannabidiolic Acid)? CBDA vs. CBD

CBD vs. THC: What Are the Differences?

What is CBD? Answers to All Your CBD Questions